When I was in Beijing as a college student, I took the dirtiest bath ever. 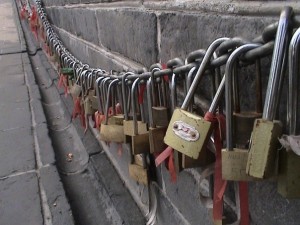 After spending three weeks in a smaller city in Shandong Province working on ESL skills with college students and other community members, the group I traveled with spent three days in the nation’s capital, climbing the Great Wall, walking through the once forbidden gate of the Forbidden City, meeting Alanis Morissette in the gift shop, and other interesting touristy things.

But the best part about our final three days in China each year? The first long, hot bath I took in our lovely hotel.

After staying in a smaller city and in a nice but simple hotel for three weeks, the luxury of hot water at all hours of the day and night overwhelmed me. Our rooms in the simpler hotel were not really “roughing it” by Chinese standards. We had hot water for one hour a day, most days. Workers delivered boiled, potable water to us each morning in a vessel so we could wash our faces, brush our teeth, drink hot tea, and take sponge baths. And our rooms were carpeted and had air conditioning. Compared to the Chinese college students’ dormitories, we were in the lap of luxury.

Compared to our spoiled rotten American standards of living, we were suffering (and some of us had a tough time not whining about it along the way).

There is nothing like going without what you don’t need to bring you to the realization of what you do need.

Most days, I skipped the opportunity to take a hot shower during our one-hour window of opportunity in lieu of spending time with college students, practicing English, getting to know them as individuals, answering their probing questions, and performing a song or dance on occasion for a group of giggling roommates (eight to a room, by the way, as compared to two on American campuses). I don’t regret missing any of those showers. As we say in the Ozarks, “a little dirt won’t hurt.”

It didn’t. Each time I went to China, I experienced some of the most amazing, interesting, miraculous, and inspiring moments of my life. Not once did I rue missing a few baths. But every time the plane took off from the tiny airport, heading to the big city where we’d spend our last few days abroad, hot, salty tears created rivets on my dusty cheeks as I left people I’d grown to love and care about and pray for.

The first year I went, when I took the dirtiest bath of my life in Beijing, I remember being disgusted and amazed at the degree of dirtiness I had achieved in three short weeks of less-than-perfect hygiene. I scrubbed and scrubbed with a white washcloth, filling the white porcelain tub with so much dirt and grime that the water literally transformed from translucent to opaque, dark brown. The washcloth might never be white again, even with the help of bleach. And to this day, when I take a hot shower or bath, I thank God for the gift of endless access to hot water. And I remember the flood of warmth that washed over me during that very dirty bath in Beijing, along with the relief I felt, knowing that I was finally clean again. 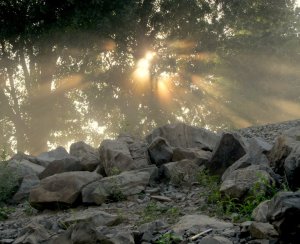 The Ultimate Cleansing Agent did a similar dirty job for me–and for my fellow filthy humans–by washing away the nastiest, dirtiest, and most disgusting gunk of all. One time only, never needing to repeat this dirty job, He wiped off the darkness in our hearts to reveal who we really are. Souls created in His likeness, meant to reflect the Light of the world.

I’m so thankful He has scrubbed me–and the anyone else who lets Him–completely clean, once and for all.

8 thoughts on “Dirtiest bath ever”